Today was a crappy day. 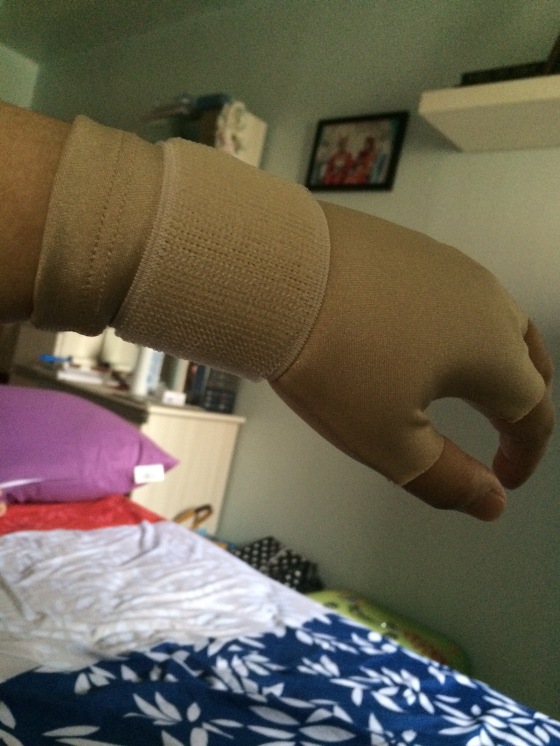 To make things worse, I felt the same type of pain in my right wrist when I reached home from the polyclinic! I shudder just thinking about not being able to use both hands 😡

And then in the evening, I felt a weird pain on my right inner thigh. It was a bisul/abscess. I obviously dont have a thigh gap so my thighs are constantly rubbing against each other which attributed to the pain the bisul is causing. Already both wrists sakit and then I am feeling pain when I sit/stand/walk.

Then just now at 8pm, I felt giddy and feverish. Took my temperature and it was 38.5 degrees. I popped two paracetamols and just stoned at the living room while Khalisah was asleep.

I felt like crap today. I felt as though i wasnt capable enough to look after Khalisah.